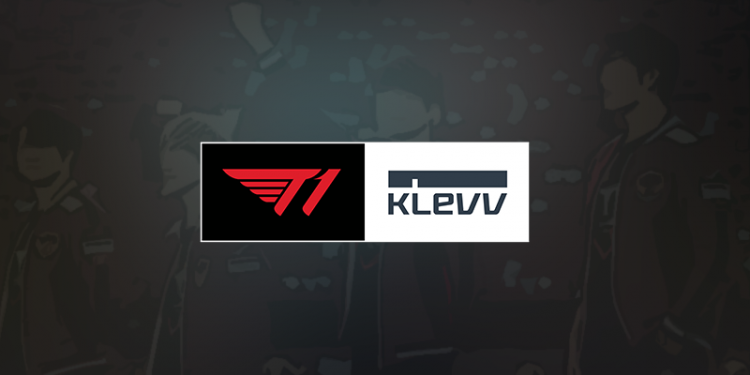 T1 Entertainment & Sports (T1), the joint venture between SK Telecom and Comcast Spectacor, has named KLEVV a jersey sponsor and the exclusive gaming PC memory partner for all of its competing categories until January 2021.

Under the partnership, T1 teams in League of Legends (LoL), Dota 2, PLAYERUNKNOWN’S BATTLEGROUNDS (PUBG), Fortnite, Hearthstone, and Apex Legends will use KLEVV DDR4 gaming memory, SSD, microSD cards, and USB products. The KLEVV logo will be prominently displayed on T1 jacket and jersey sleeves, as well as the official T1 website and social media channels. The deal was brokered by Lagardère Sports.

T1 Entertainment & Sports launched with teams in both South Korea and the U.S. Under the joint venture with Comcast Spectacor, SK Telecom T1 has been shortened to “T1.” On Oct. 8, T1 revealed a new logo to reflect these changes.

“We’ve been supporting [SK Telecom T1] since 2015, and have seen a strong uptake in our brand amongst younger audiences due to the strength of our association,” KLEVV Head of Marketing Jay Lee said in a statement. “The opportunity for us to come on board as official gaming memory partner is one that we’re extremely passionate about, as we continue to support T1 [Entertainment & Sports] in their rise in esports.”